Mindanao, the Philippines’ southernmost island, is the country’s cultural melting pot. It houses influences from Spain, China, Indonesia, and the Middle East. Although Mindanao carries a strong flavor from other lands, there are people who have lived there before it became a breeding ground of foreign trade. Tribes such as the T’boli, Bilaan, Manobo, Bagobo, and other groups inhabit the vast regions of Mindanao. Like their Northern Luzon counterparts, these groups honor their gods for the fruits and trials of daily life. What distinguishes them from other tribes in the Philippines is their intricate craftsmanship in metal, clothing, and jewelry. These tribes pride themselves in their concept of beauty and are known for creating colorful sets of jewelry and clothing out of dyed pineapple and banana fibers with are showcased in their traditional dances.

The Muslims in the Philippines, also known as Moros, were able to resist Spanish conquest. They preserved the Islamic lifestyle that differs from the majority of the Philippine population. The dances are characterized by vivid colors and rhythmic movements which reflect the influence of Arabian and Indo-Malaysian cultures. 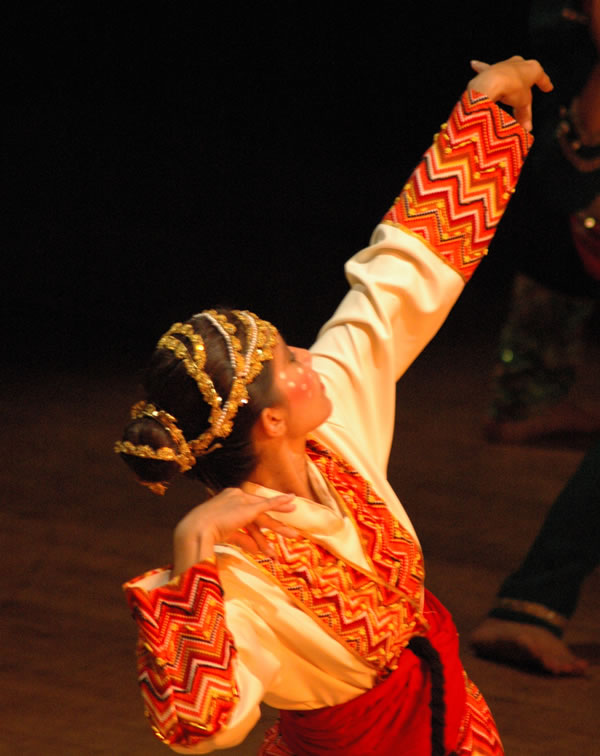 Native to the Yakan tribe of Basilan island, “Igal” is the Yakan word for “dance”. This is a pre-nuptial dance, performed before the wedding ceremony. Both the bride and groom dot their faces with white paint in order to conceal their identity from evil spirits. 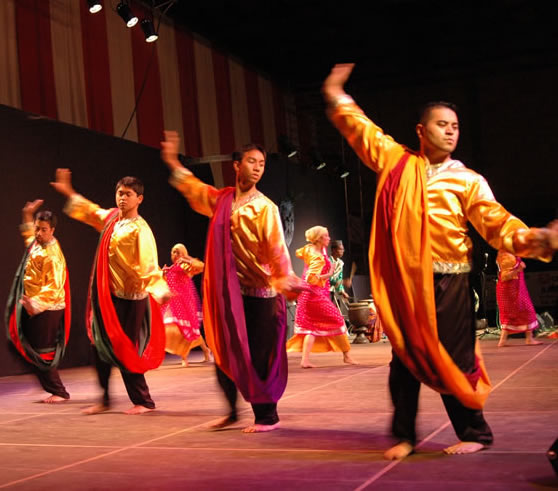 This Maranao dance is performed with women wearing malong/shawl, mantle or head piece, whereas men wear sash/waist band, shorts or bahag and head gear or turban traditionally worn in the fields. 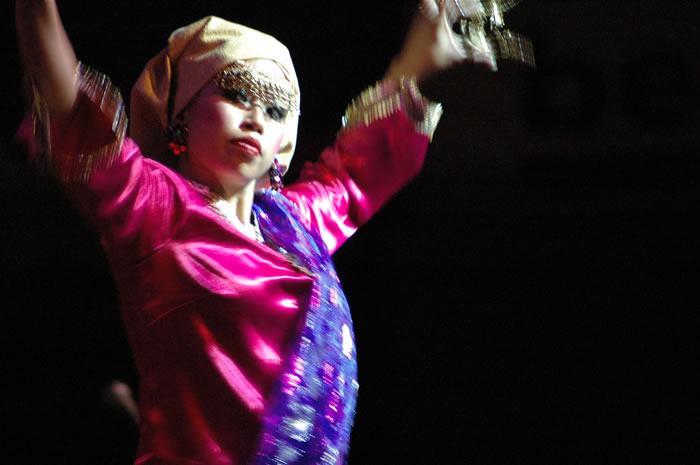 Pangalay is the general term referring to dance in the Sulu Archipelago. Movements particular to pangalay include controlled arm and hand movements. The Badjao people inspire this particular dance piece, as researched and developed for the stage by Rudi C. Soriano. 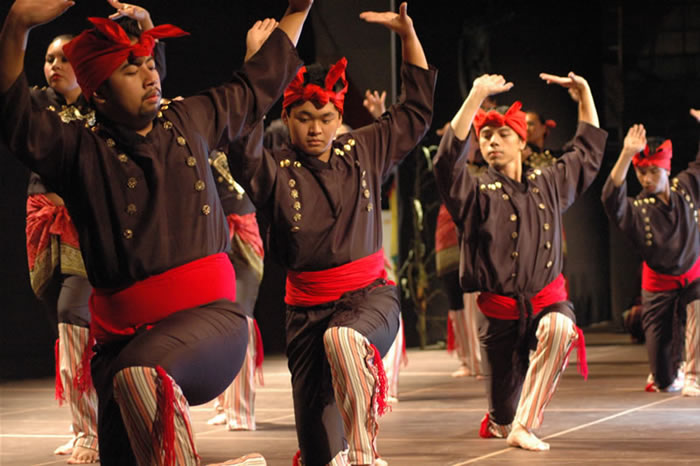 Pindulas refers to the Yakan newlyweds dance. Movements are similar to the Pangalay of the Tausug tribe. Pindulas is performed during the Pangsat (or wedding). Pangsat/Pindulas was researched and developed for the stage by Rudi C. Soriano. 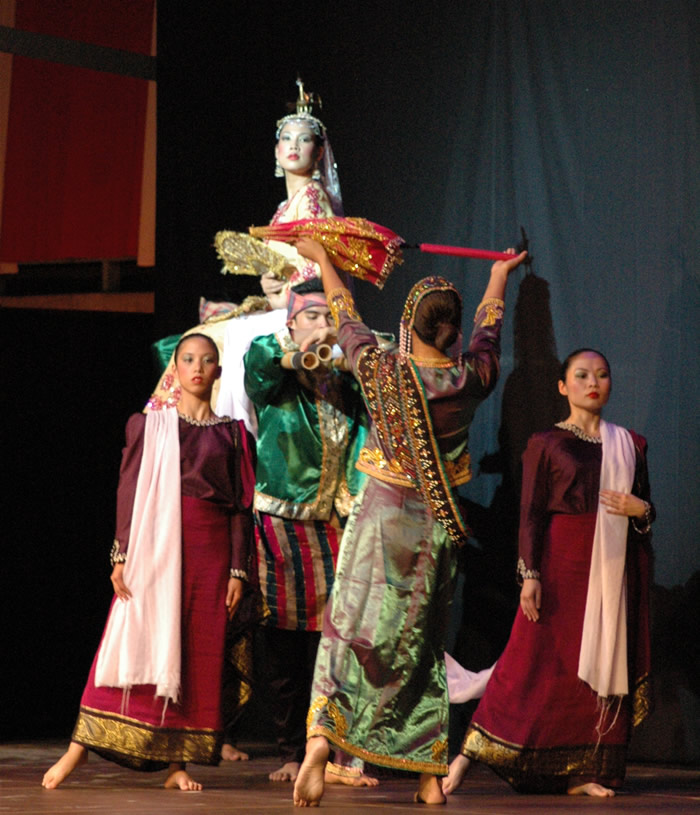 Singkil originated from the Maranao people who inhabit the shores of Lake Lanao. It is a re-telling of an episode from the Maranao epic legend Darangen involving the rescue of Princess Gandingan (abducted by the diwatas) by the legendary Prince Bantugan. 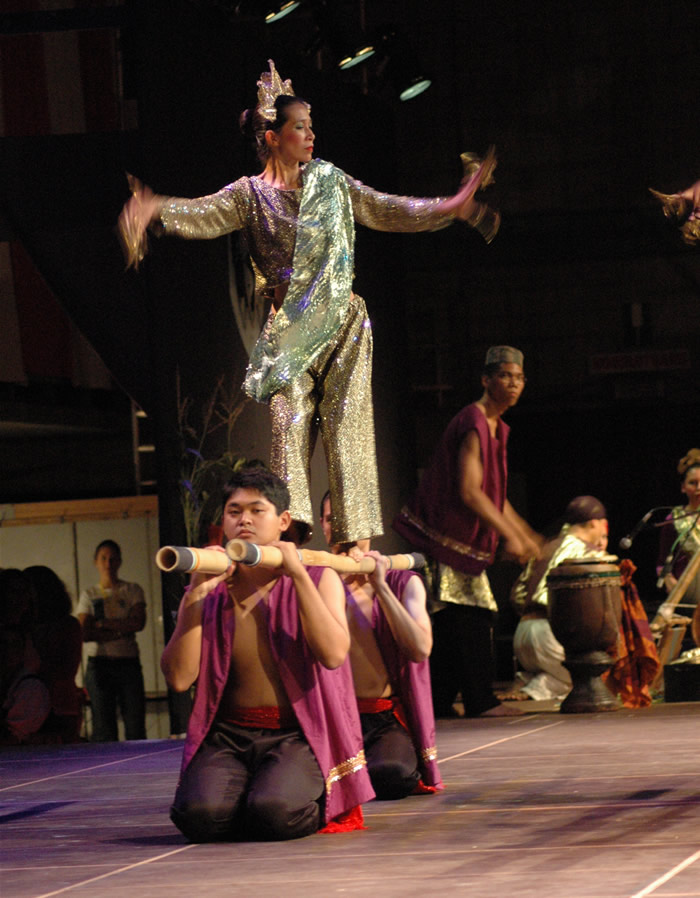 “Vinta” refers to the boat; Royal figures balance atop the bamboo poles, which portray the movement of the vinta across the Sulu Sea. This dance portrays the Philippine Muslims’ deep relationship with the sea.