Nearly 400 years of Spanish rule left an unremovable mark on the Philippines. Spain brought with them all aspects of their culture to the Islands. This includes the Catholic faith, clothing, and dance. The barong tagalog and the terno are Philippine interpretations of Spanish dress made to fit the humid climate of the Philippines. Aside from creating their own versions of European fashion, Philippine aristocrats created Filipino adaptations of European dances as well. These include jotas, fandanggos, mazurkas and waltzes that were danced by young socialites to the stringed music of the rondalla.

As the Philippines was colonized by the Spaniards, it was customary for Filipinos to celebrate their ‘class and distinction’ through Spanish influenced dances. This era of dances was also referred to as ‘Maria Clara’. 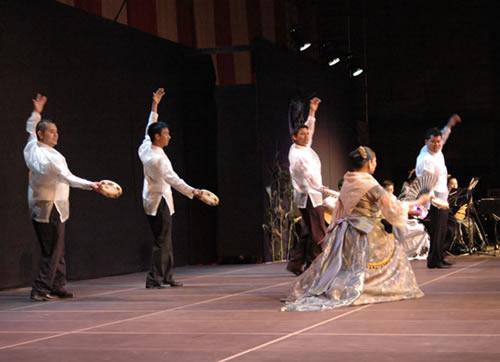 In this lively dance the young ladies carry ‘panderetas’ or tambourines, and flirt with the young men. 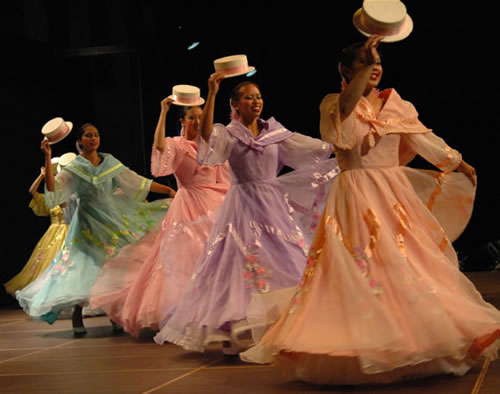 In “chotis”, lovely young ladies alternate between flirtatiousness and modesty with the use of their hats, dancing in brush-step-hop movements. 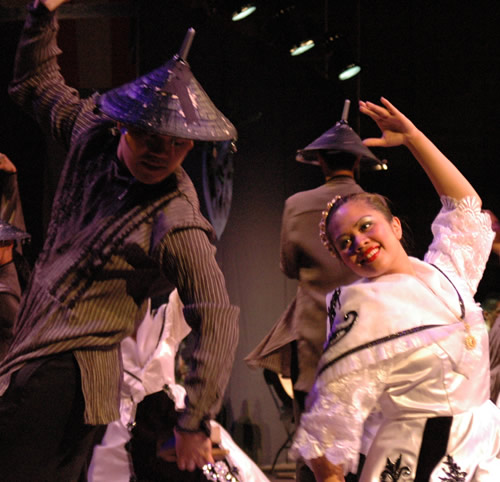 This dance is named after the capital city of the Philippines, Manila, where an adaptation of Castilian Jota afloats with the clacking of bamboo castanets played by the dancers themselves. The costume and the graceful movements of the performers noticeably inspired by Spanish Culture. 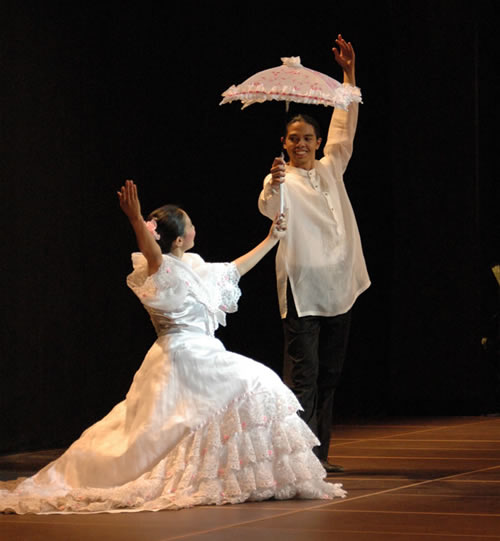 Named after its province of origin, this is one of the most sophisticated courtship and flirtation dances of the Spanish era. The gentleman attempts to win the heart of the “dalaga”, or young lady, by exemplifying chivalry, grace, and confidence.