Mindanao, the Philippines’ southernmost island, is the country’s cultural melting pot. It houses influences from Spain, China, Indonesia, and the Middle East. Although Mindanao carries a strong flavor from other lands, there are people who have lived there before it became a breeding ground of foreign trade. Tribes such as the T’boli, Bilaan, Manobo, Bagobo, and other groups inhabit the vast regions of Mindanao.

Like their Northern Luzon counterparts, these groups honor pagan gods for the fruits and trials of daily life. What distinguishes them from other tribes in the Philippines is their intricate craftsmanship in metal, clothing, and jewelry. These tribes pride themselves in their concept of beauty and are known for creating colorful sets of jewelry and clothing out of dyed pineapple and banana fibers which are showcased in their traditional dances.

Pockets of cultural minorities live in the style of their ancestors in the hills and mountains throughout the Philippine Archipelago. As in most ancient cultures, their dances are closely intertwined with rituals, sacrifices, and life. 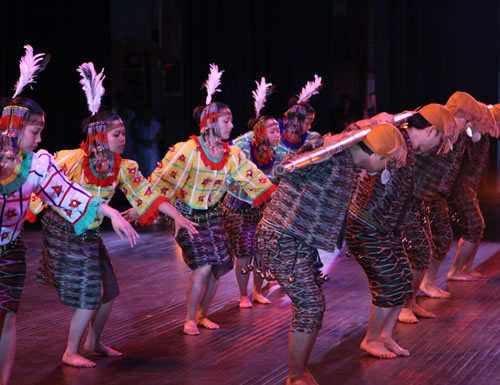 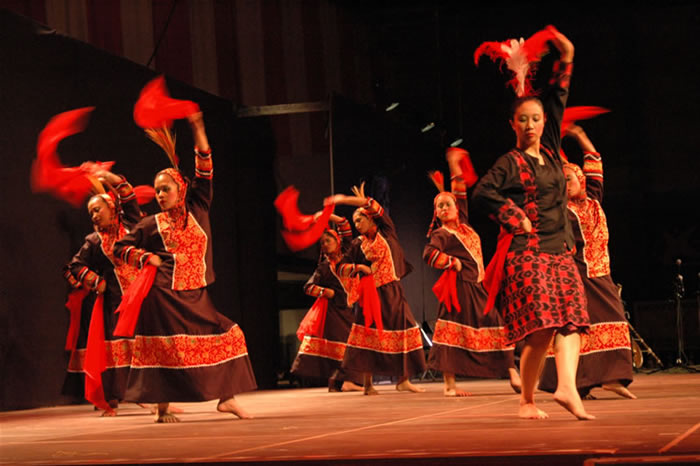 Binaylan Banog is a Higaonon and Agusanon Manobo tribal dance that depicts the movement of a hen, her banog (baby chicks) and a hawk that lurks to find her prey. The tribe kills the sacred and powerful hawk which tried to capture one of the chicks. 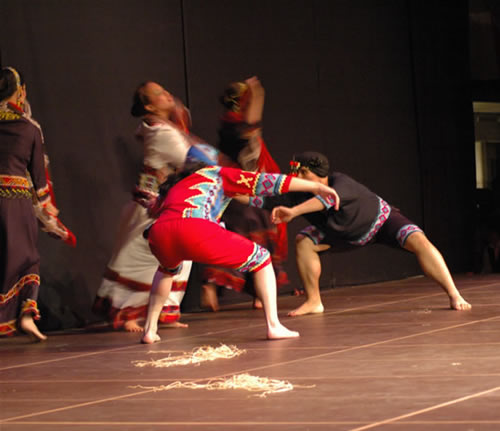 A courtship dance of the Bilaan of Davao del Sur imitating birds during mating season. The females scurry to safety, burying their heads under their wings (the malong), but the aggressive males follow them wherever they go. 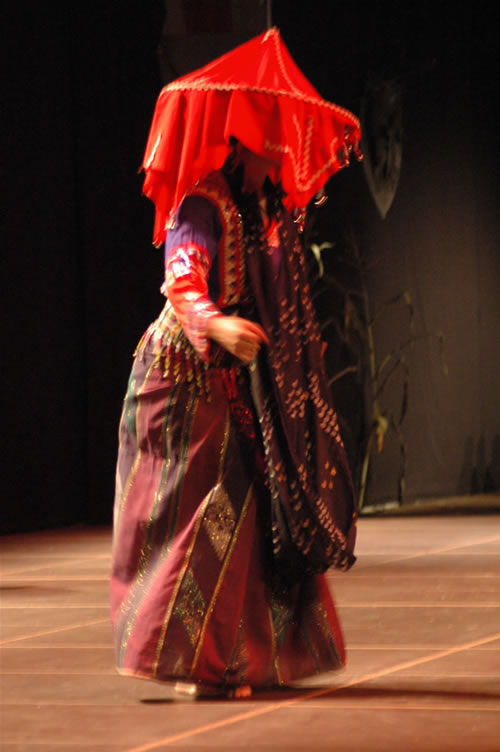 A tribal dance performed by T’boli tribe, this dance mimics the hopping and flying behaviour of the Tahaw bird and is performed to celebrate good harvest. 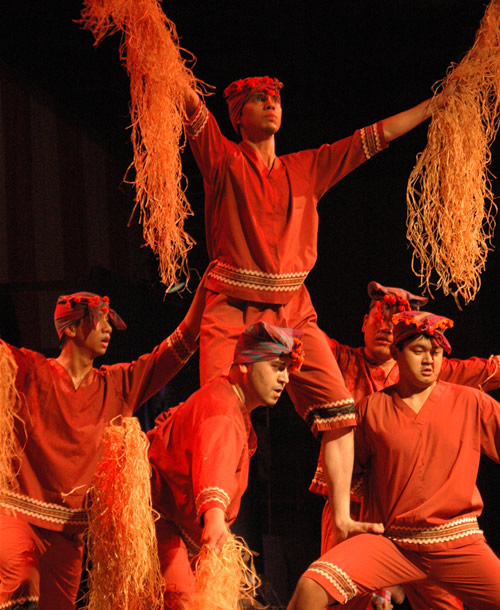