Under the direction of Randy Romero, the team that makes up Kababayang Pilipino’s Artistic Staff is responsible for the audition process, training, choreography, design, music and execution of its mainstage performances—the overall vision for the folk dance company. 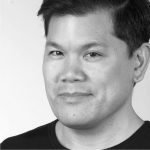 A lover of the performing arts, Randy has been dancing and singing since the age of 3. Introduced to the folk arts at an early age, he has been involved with various folk dance groups in Saskatchewan and in the Greater Vancouver area, and in 1993, he was instrumental in the founding and establishment of Kababayang Pilipino of British Columbia, which is now the premiere Filipino folk dance companies in Canada. Since the beginning, he has served as its Artistic Director/Choreographer, and has directed all of its main stage productions to date. His artistic vision is defined by his thirst for new interpretations and by his desire to continue to raise awareness of the beauty and diversity of traditional Filipino folk dance movement. 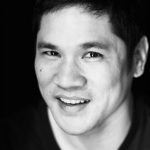 Rodney has been performing his native folk dances from an early age, and is one of its founding members. His talents range from principal dancer to ethnic instrumentalist/percussion to rondalla maestro. Largely self-taught, his passion for learning and goal of perfecting his craft has been instrumental to the group and its growth. Rodney is a graduate of BCIT and VFS, and works for a local plastics firm. 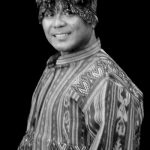 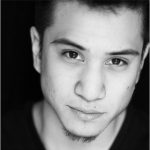 Over the years, Jay Esplana has become one of Vancouver’s most sought after musicians. Well versed in various musical genres, Jay’s versatility as an instrumentalist and now as musical director has found him performing with Kababayang Pilipino over the last 7 years. Other local and touring groups include Speakerbox, The Airtights, Groove & Tonic, LeftCoast, Jay Leonard Juatco Trio, Dante Hadden, No Island and Electric Ballroom.

Music has always been an integral part to Jay’s upbringing. To this, Jay by age 6 had already appeared performed on television shows such as The Jenny Jones Show, Variety Show of Hearts Telethon, as well as an anthem singer and halftime performer for the BC Lions.

In 2014, Jay completed his Bachelor of Music in Jazz Studies at Capilano University. Alongside Jay’s musical ability and creativity, he brings an energy and unique personality to teaching and the stage as a multi-instrumentalist and vocalist alike. Jay continues to develop a promising career as a session musician as a keyboard player, bassist and drummer as well as an educator. 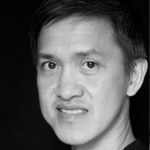 Robert hails from Manila Philippines. He danced professionally with Philippine Ballet Theatre and Ballet Philippines where he performed soloist roles from the classical repertory and in works of international choreographers such as Robert Barnett, Tom Pazik, Paul de Masson, Jan Linkens, Agnes Locsin, George Balanchine, just to name a few. He is also a ballet restager, the highlight of which when he had the opportunity to travel to China to restage the ballet “La Gitana” for the National Ballet of China and the ballet “Camille” for the Beijing Dance Academy. Upon retiring from the dance scene, Robert moved to Brunei Darussalam to become the resident ballet teacher/Director of the Panaga Dance Centre for 17 years until his migration to Canada in 2010. Robert is a certified Royal Academy of Dance (RAD) teacher and a Stott Pilates instructor.